The Danish labour market model is built on a division of labour between the state and the social partners. For foreign companies with employees posted to work in Denmark this is useful knowledge.

The social partners are employers and employees, each organised in various types of association. The social partners' large degree of influence on employment policy and wage and working conditions is a unique feature of the Danish labour market model.

In Denmark, the Danish labour market model is often referred to as the Danish model. It is composed of 3 elements.

The Danish labour market model works on the assumption that employers and workers are organised in strong associations and unions that represent the broad interests of members in collective agreement negotiations. A prerequisite of the model is that the partners are accountable in relation to the agreements made.

In the Danish labour market pay and working hours are primarily regulated by collective agreement or individual employment contracts. There is no statutory minimum wage in Denmark.

As far as possible, the state refrains from intervening in the regulation of pay and working conditions as long as the parties themselves are able to resolve issues in a responsible manner.

The tripartite cooperation is a collaboration between the state, employers' organisations and trade unions. This cooperation covers all areas of labour market policies and is also an integrated part of national employment policies. It applies to areas regulated by legislation, for example, working environment, job placement and unemployment insurance.

In addition, there is informal and ongoing contact between the state and the social partners.

A high degree of organisation is essential in order for a collective bargaining system such as the Danish to work.

This general agreement includes regulations on:

Read more about freedom of association and organisation 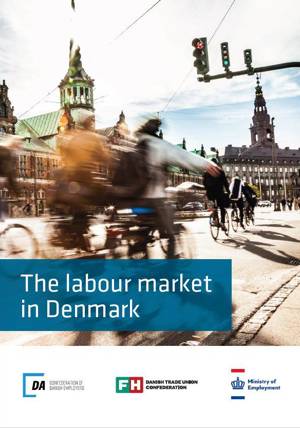 The Confederation of Danish Employers (DA)

The main organisation for 14 employers' organisations in the private sector within industry, trade, services and construction.
Telephone: +45 33 38 90 00
E-mail: da@da.dk